The Royal Palace at Caserta 2011

(from Wikipedia) Caserta is the capital of the province of Caserta in the Campania region of Italy. It is an important agricultural, commercial and industrial comune and city. The city is best known for the Palace of Caserta .Caserta's main attraction is its Royal Palace (listed as a UNESCO World Heritage Site). The palace was created in the 18th century by the Italian architect Luigi Vanvitelli as a Versailles-like residence ("Reggia") for the Bourbon kings of Naples and Sicily. It is one of the most visited monuments in the country. Inside are more than 1200 rooms, decorated in various styles. It has been the set for several famous movies such as Star Wars and Mission Impossible III. The park is 2 miles (3.2 km) long and contains many waterfalls, lakes and gardens, as well as a very famous English garden.

> click on any image to enlarge, use the arrow keys to scroll through them.
© Angela Possemato ~ Light Touch Photos 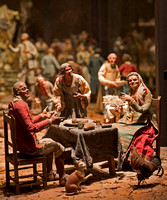 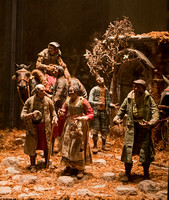